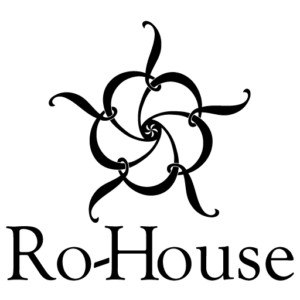 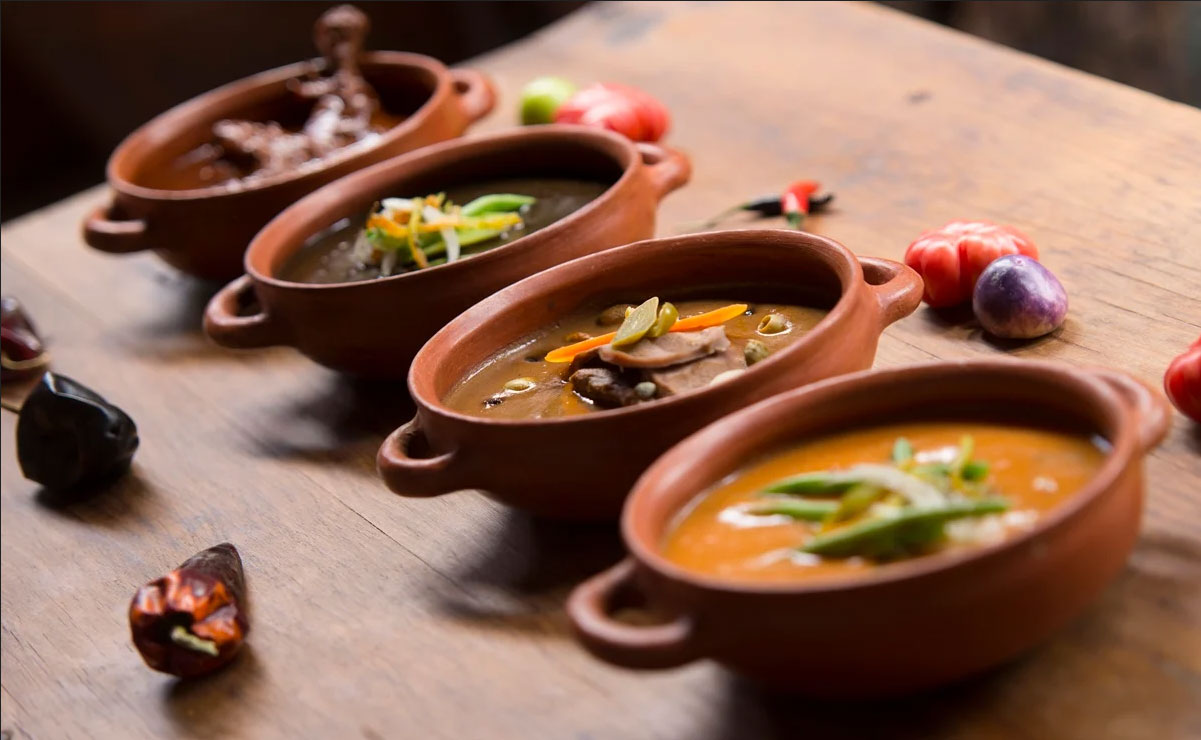 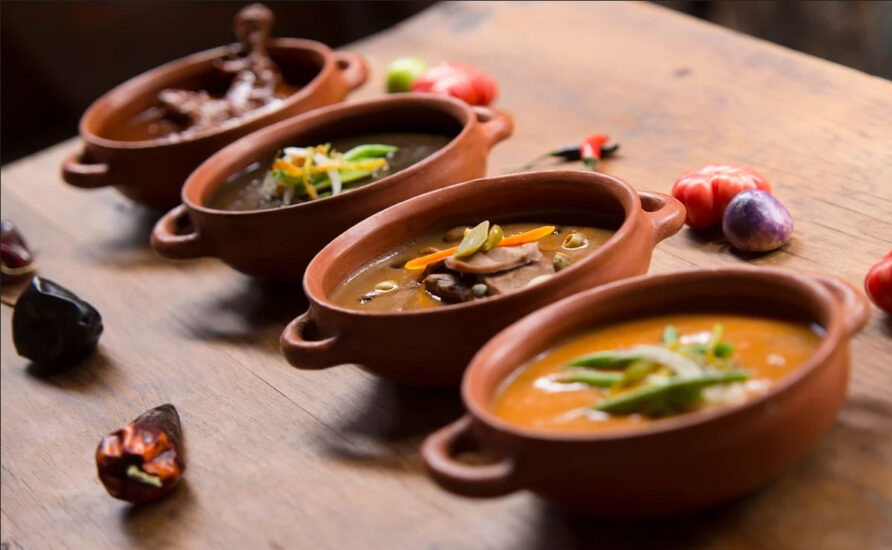 the vast Oaxacan cuisine it is distinguished by its tradition and the use of regional ingredients. Not for nothing has it positioned itself as the Best Tourist City in the World and the Best Gourmet Destination.

At the presentation of the 2021 edition of The Gastronomic Mexico Guide "The Great Restaurants of Mexico” 278 restaurants located throughout the Mexican Republic were recognized, on this occasion, there were 16 Oaxacan restaurants that were placed on the list.

It is worth mentioning that for a restaurant to occupy a place on the list, it has to meet certain requirements such as the continuity of the gastronomic project; excellence in service; quality in food preparation; participation in community initiatives, facilities and that the visit to the restaurant turns out to be a great gastronomic experience for the diner.

In the case of the chosen Oaxacan premises, these are also characterized by the preservation of ancestral techniques and respect for the origin of the products, whether it is a traditional cook or a chef who is in charge of the project.

The Oaxacan restaurants chosen for this edition are:

The Pot, by Pilar Cabrera

The Teak, by Deyanira Aquino

The Fifteen Letters, by Celia Florián

Land of the Sun, by Olga Cabrera 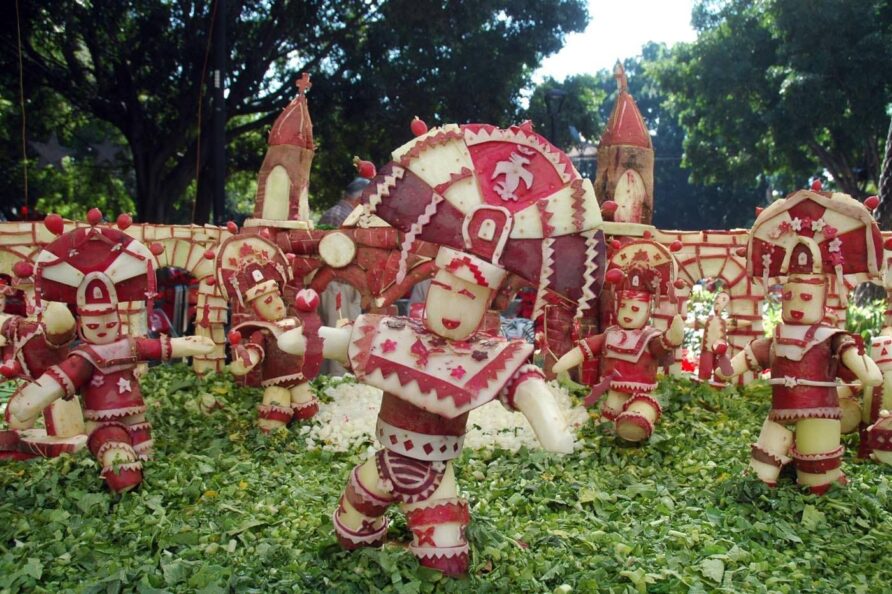 In the state of Oaxaca there are many customs and traditions throughout the year, and within the state, said that they have the same purpose of celebration but with different things, in fact from one region to another or even more from one town to another, the Customs vary for perhaps details but that is what makes them authentic. Oaxaca has deep-rooted customs and traditions. All the holidays are celebrated, the profane and the religious ones. The festival calendar is extensive due to the diversity of ethnic groups, which they still conserve. 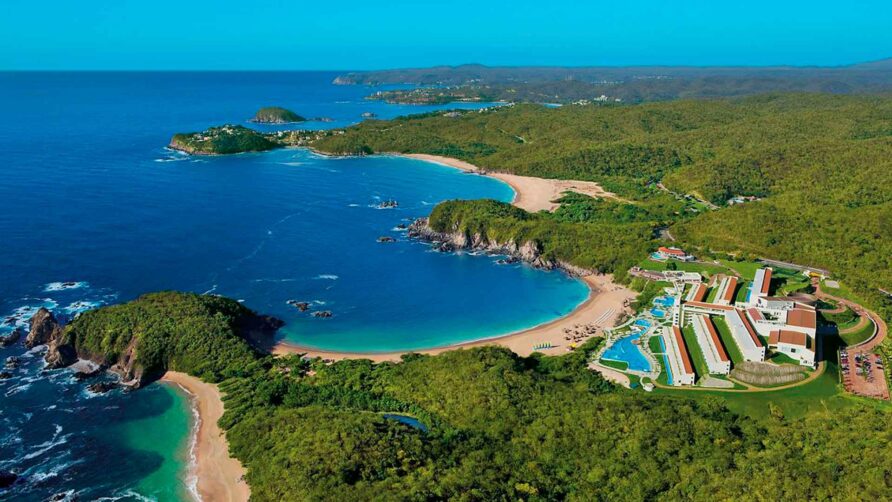 The Beaches of Oaxaca

The beaches of the coast of the state of Oaxaca are among the most beautiful and complete in Mexico, thanks to a developing tourist infrastructure and the rich gastronomy of the Pacific. Along the 533 kilometers of coastline, the beaches of Oaxaca offer a wide variety of activities for lovers of water sports: snorkeling, diving, sport fishing, surfing, among others ... there is something for everyone!
Places such as Puerto Escondido, Mazunte, Zipolite, Carrizalillo, Puerto Ángel or the beaches of Huatulco will offer you the possibility of contemplating beautiful sunsets, delighting in intense adventure tourism or witnessing the exciting release of newborn turtles. 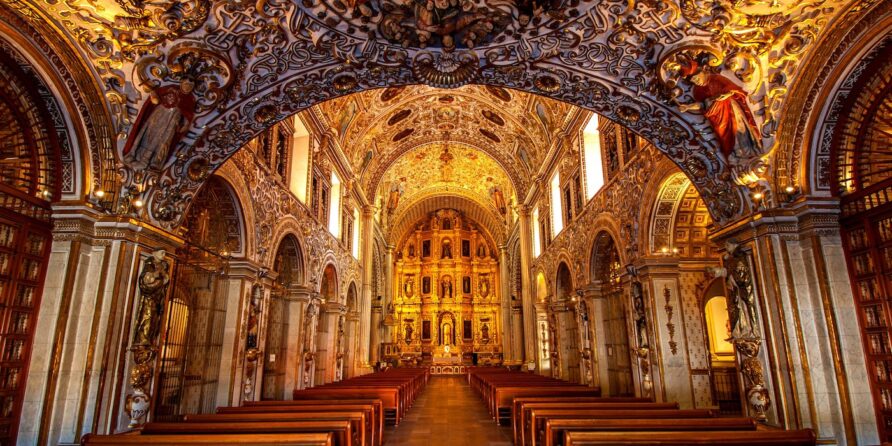 The Santo Domingo Cultural Center is a cultural complex that is located in what was one of the most important convents in the colony. It is a large convent in which the Museum of the Cultures of Oaxaca, the Fray Francisco de Burgoa Library and the Ethnobotanical Garden have been established. The Néstor Sánchez Public Newspaper Library is located in a building that is part of the complex but dates from the 19th century. Apart from all these institutions brought together, the Santo Domingo Cultural Center has multipurpose spaces in the former convent, in which temporary exhibitions, conferences, courses, book presentations and concerts are held, among many other activities. 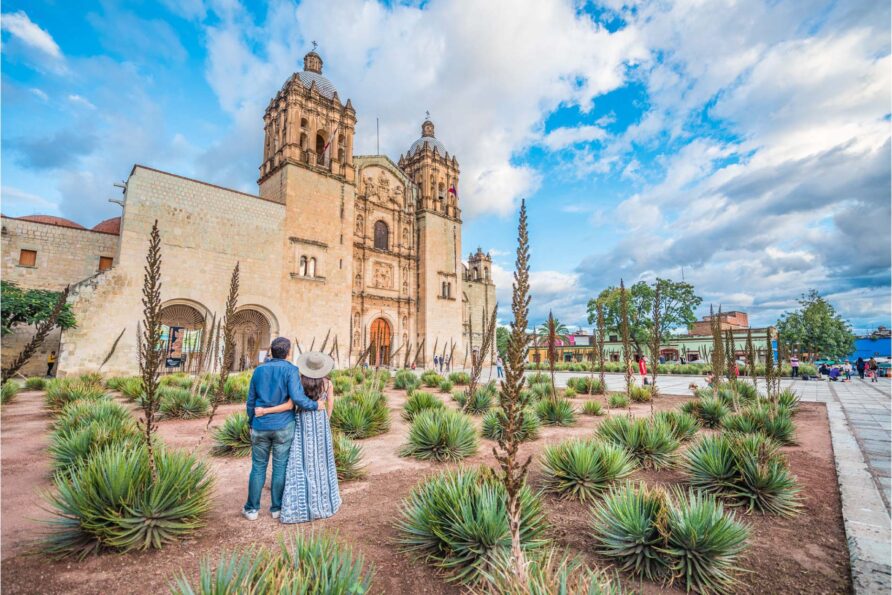 Oaxaca City, the state capital, is famous for its architecture and rich cultural traditions. Oaxaca also has a splendid and varied cuisine and a spring climate throughout the year. UNESCO declared the city a Cultural Heritage of Humanity. Oaxaca is the most diverse state in Mexico. It has peaks that reach more than 3,000 meters in height, caverns that are among the deepest in the world, pristine beaches, secluded forests and sunny valleys. Oaxaca is rich in traditions and customs and has the largest ethnic population in Mexico. 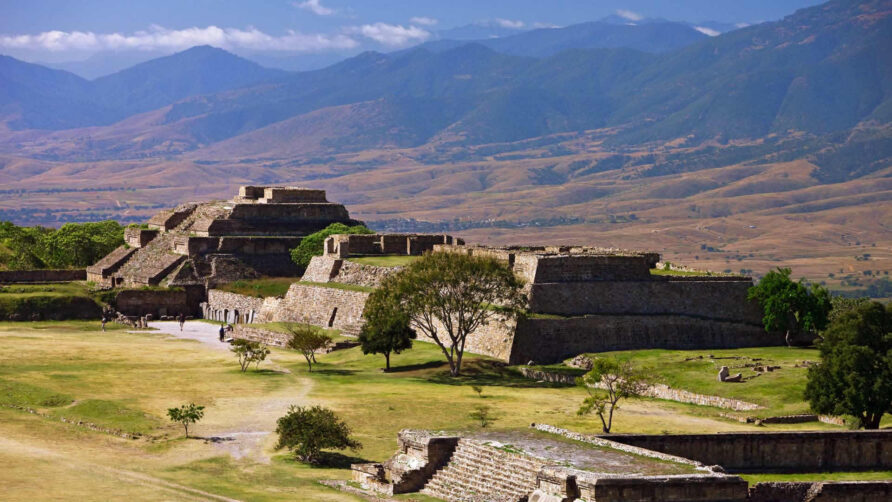 Monte Albán is the most important archaeological zone of the Oaxacan entity, of unique regional importance due to the religious, political and economic control that the Zapotec state exercised over the population of the Valley of Oaxaca for more than thirteen centuries. It has been named by UNESCO as Cultural Heritage of Humanity along with the city of Oaxaca on December 11, 1987. The heritage of the Zapotec world reaches us through the magnificent archaeological sites designed in the Valley of Oaxaca. Of these, the city of Monte Albán stands out for its enormous importance as an economic, political and religious hub (it was the first urban complex in Mesoamerica); by its extension, almost as big as the current capital of Oaxaca; and for its long life, started around 500 BC and concluded around 850 AD 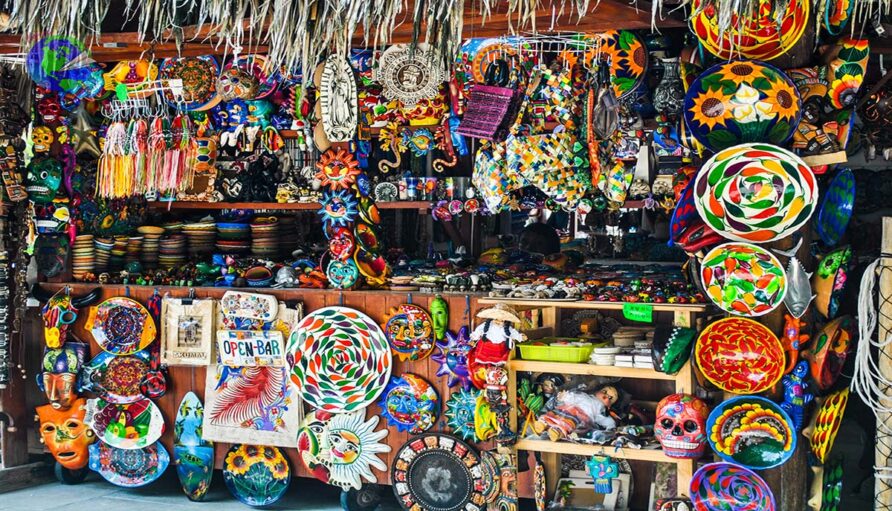 Crafts in Oaxaca are so varied and of such good quality that they have become a tourist attraction. The ancestral traditions, the diversity in the ethnic groups, as well as the richness in the history of the state have been manifested in the great diversity of creations of more than half a million artisans that are registered in Oaxaca. In the center of the state is the City of Oaxaca, a fascinating and hospitable capital in whose surroundings various towns are located, each with its own personality and craft tradition, accompanied by their respective customs, festivals and dishes. 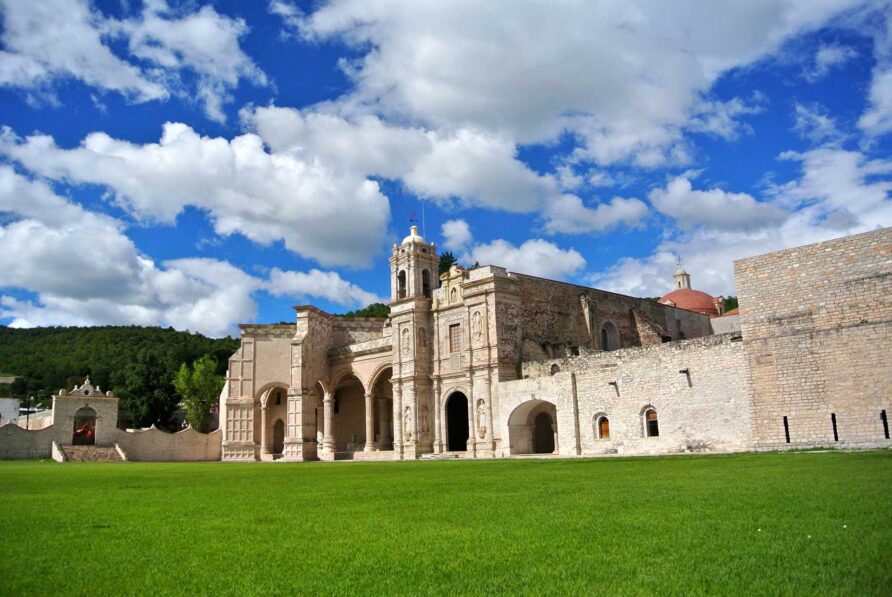 In Oaxaca we are proud to have 5 communities that have been awarded the title of Magic Towns of Mexico, a Magic Town is a town that has symbolic attributes, legends, history, transcendent events, everyday life, in short magic that they emanate in each of their socio-cultural manifestations, and that today mean a great opportunity for tourist use. The Magical Towns Program contributes to revalue a group of populations in the country that have always been in the collective imagination of the nation as a whole and that represent fresh and different alternatives for national and foreign visitors. 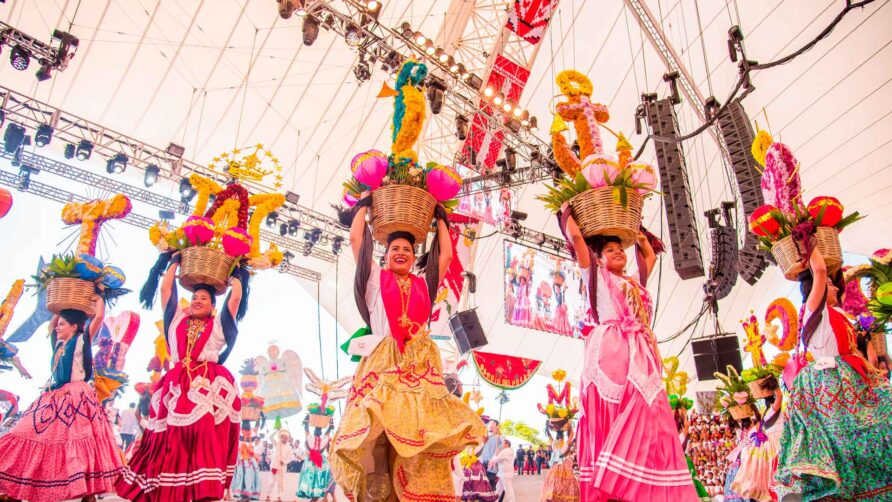 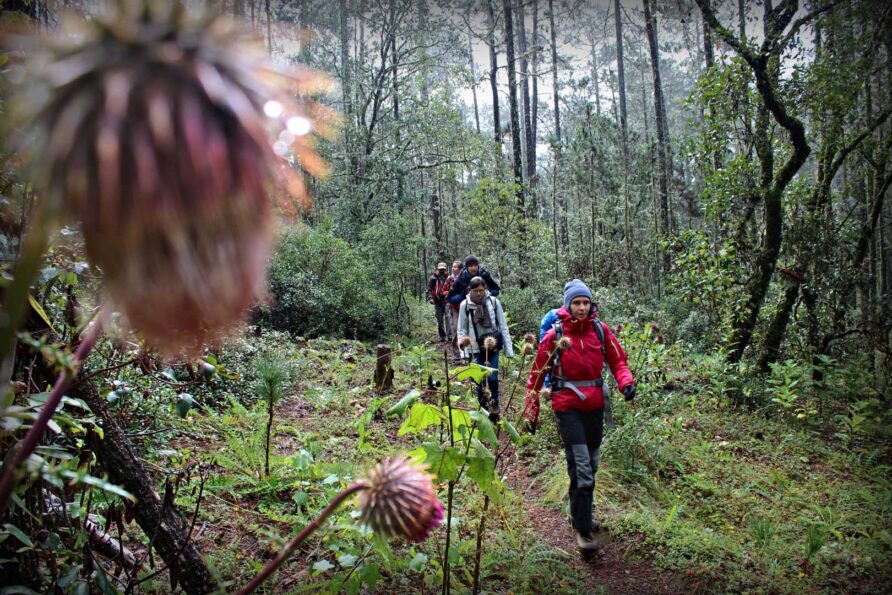 Ecotourism and Adventure in Oaxaca

An ideal space for Alternative Tourism, Oaxaca offers activities such as walking, mountain biking, rappelling, climbing, zip-lining, horseback riding, observation of flora and fauna and more, in close contact with nature. The visitor can also witness the various aspects of local life, savor the gastronomy and enjoy the warmth of its people, as well as an offer of accommodation in hotels, ecotourism cabins, local houses or excellent camping areas. In its varied geography, it brings together not only a vast biodiversity, considered among the largest in the world, but also insurmountable cultural and ethnic riches, and the most different and beautiful natural settings. 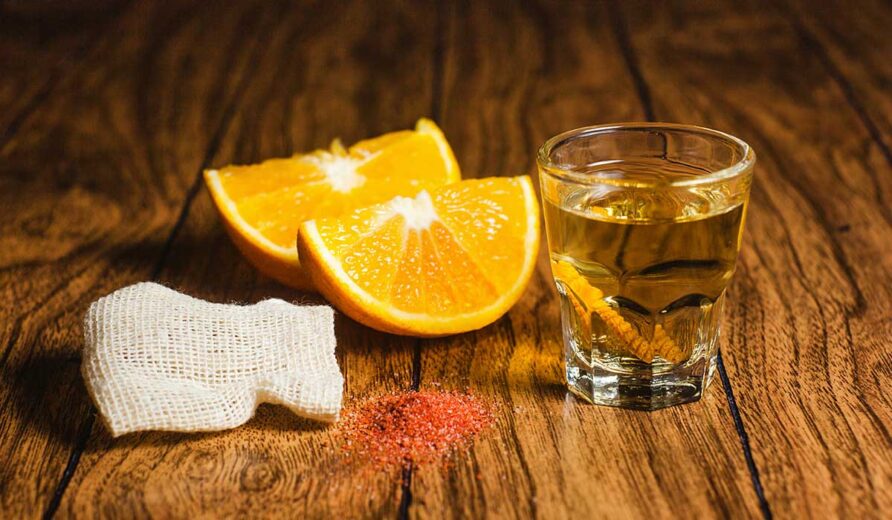 The name mezcal has its roots in one of the ancient native languages of the area and translates as 'agave (also known as maguey) cooked'. Although pre-Hispanic Oaxaqueños used maguey to make pulque (an undistilled alcoholic beverage), it seems that the real advances in mezcal production occurred when the Spanish arrived in Oaxaca; by bringing with them their knowledge of distillation processes.

The City of Oaxaca is a destination that offers a great variety of tourist attractions and charms that leave anyone surprised. However, there are other places that are also worth knowing and are in the surroundings of the city, in whose surroundings various populations are located, each with its own personality and artisan tradition, accompanied by their respective customs, festivals and dishes. . 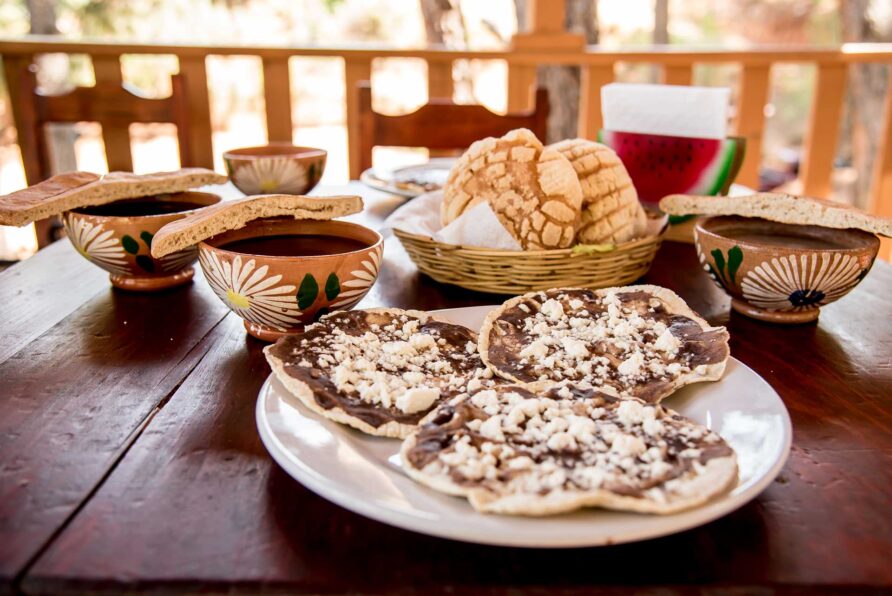 Oaxaca's culinary tradition is extraordinary and deeply rooted. There are fourteen different ethnic groups, with their own dishes. It is an area of incomparable wealth for the tourist interested in gastronomy, ethnology and culture in general. Oaxaca is the land of mezcal, tlayudas and the famous seven moles. You have to dedicate several days to it. Oaxacan gastronomy is one of the cultural manifestations that identify and define its people, due to its variety, richness and complexity that have been preserved through the centuries. The best way to enjoy Oaxacan food is by tasting it, from the “strong” dishes that are used to enjoying at lunchtime; like the traditional Oaxacan snacks that can be enjoyed at any time of the day. 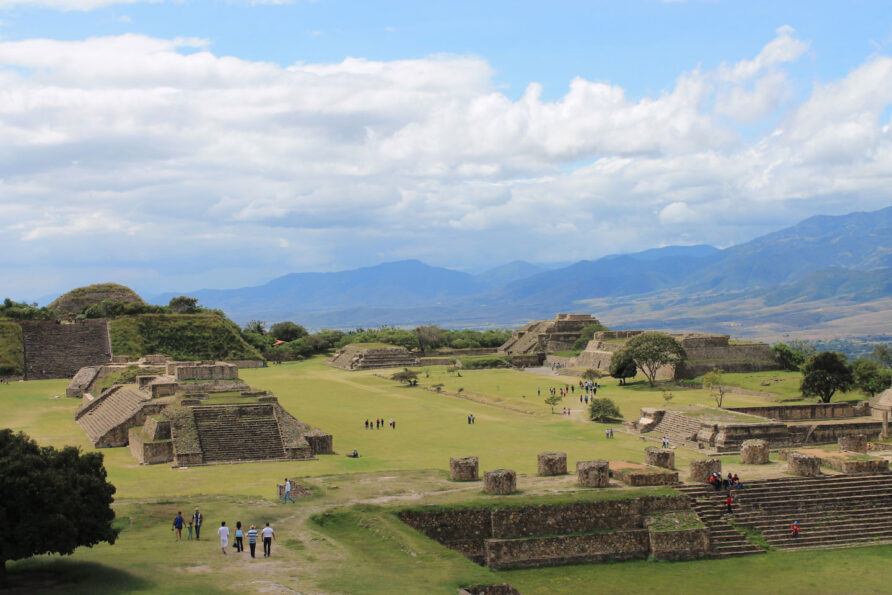 Oaxaca is famous throughout the world for its archaeological sites and the history they keep. Discover Monte Alban, Mitla, Yagul and more of these remote sites, which have made Oaxaca a World Heritage city, according to Unesco. The original Zapotec and Mixtec peoples of Oaxaca lived in the cities and religious centers of the valley of this city until the time of Spanish colonization. Today, there are still vestiges of these towns and places where you can meet them.

To learn more about Mexico: